A Manual of Modern Scholastic Philosophy Vol. I + II 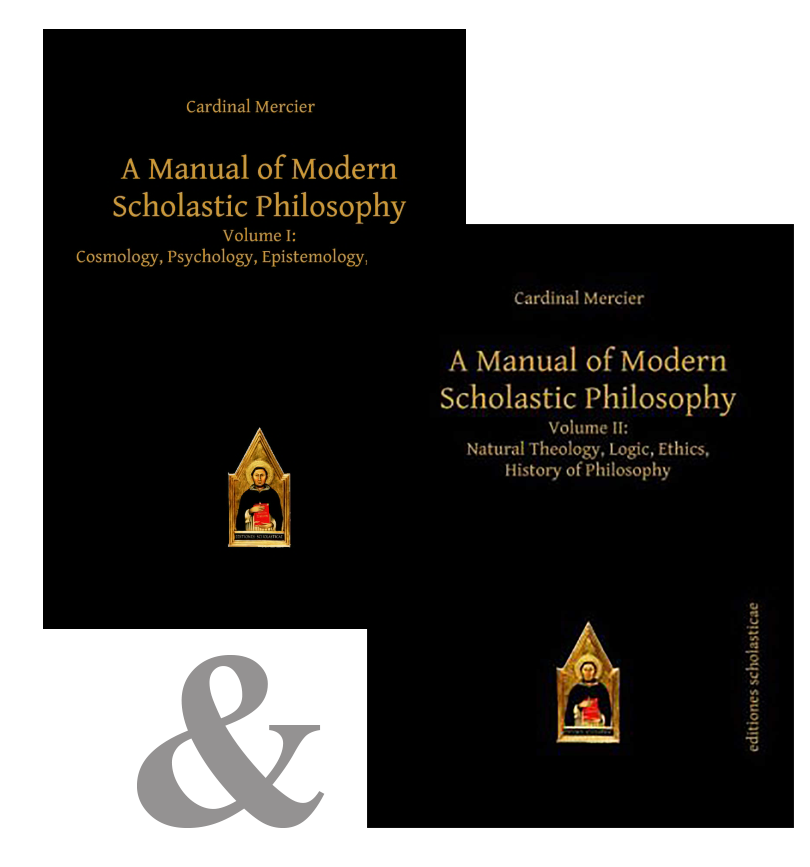 Cardinal Mercier’s Manual of Modern Scholastic Philosophy is a standard work, prepared at the Higher Institute of Philosophy, Louvain, mainly for the use of clerical students in Catholic Seminaries. Though undoubtedly elementary, it contains a clear, simple, and methodological exposition of the principles and problems of every department of philosophy, and its appeal is not to any particular class, but broadly human and universal. Volume I includes a general introduction to philosophy and sections on cosmology, psychology, criteriology, and metaphysics or ontology. Volume II contains sections on natural theology, logic, ethics and outlines of the history of philosophy.