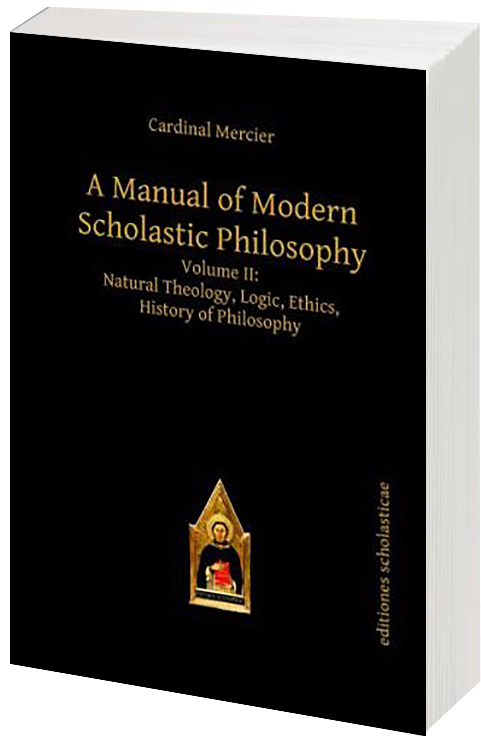 Cardinal Mercier’s Manual of Modern Scholastic Philosophy is a standard work, prepared at the Higher Institute of Philosophy, Louvain, mainly for the use of clerical students in Catholic Seminaries. Though undoubtedly elementary, it contains a clear, simple, and methodological exposition of the principles and problems of every department of philosophy, and its appeal is not to any particular class, but broadly human and universal. Volume II contains sections on natural theology, logic, ethics and outlines of the history of philosophy.