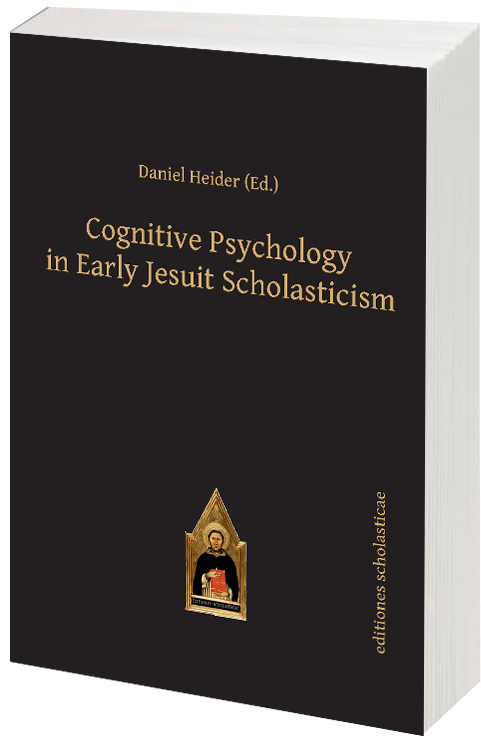 Jesuit scholastic philosophy exemplified by the figure of Francisco Suárez (1548–1617) is at present a topic intensively studied worldwide. However, especially in the English speaking academic world, the immediate histori­cal milieu of Suárez’s philosophy and theology, constituted especially by the philosophical and theological production of his Jesuit contemporaries, is much less taken into account. In the field of philosophical cognitive psychology, extant especially in the commentaries on Aristotle’s On the Soul, the present publication aims to partially ameliorate this status quo. All the chapters in this book to some extent give evidence of the theological motivation and theological horizon of the Jesuit cognitive psychology of the last decades of the 16th century and the first decades of the 17th century.

DANIEL HEIDER is Associate Professor at the Faculty of Theology, University of South Bohemia (České Budějovice). He is also employed as researcher at the Institute of Philosophy of the Czech Academy of Sciences (Prague). In his research he focuses on early modern scholastic philosophy, especially on the philosophy of Jesuits headed by Francisco Suárez. His monographic publications, among others, include Suárez a jeho metafyzika. Od pojmu jsoucna přes transcendentální jednotu k druhům transcendentální jednoty (Filosofia, 2011) and Universals in Second Scholasticism. A Comparative Study with Focus on the Theories of Francisco Suárez S.J. (1548–1617), João Poinsot O. P. (1589–1644) and Bartolomeo Mastri da Meldola O.F.M. Conv. (1602–1673)/Bonaventura Belluto O.F.M. Conv. (1600–1676) (Benjamin Publisher, 2014). At present he is writing a book on Suárez’s cognitive psychology.