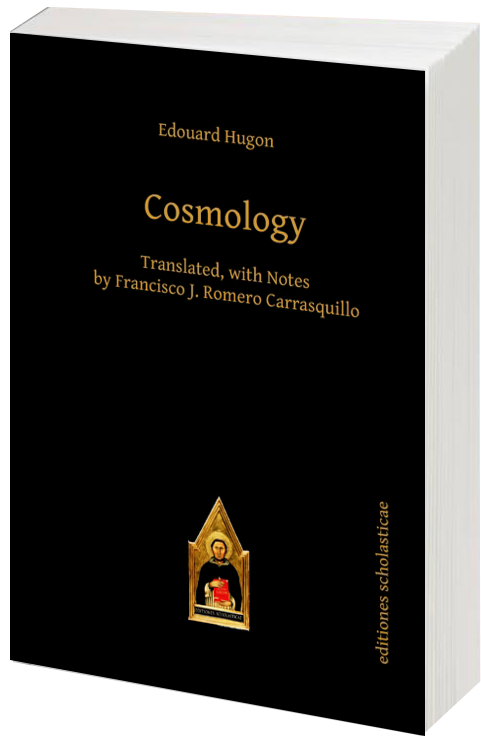 Thomists have have traditionally presented philosophy and theology in St. Thomas Aquinas’ own native scholastic methodology. This methodology allowed philosophical and theological disciplines to advance objectively and in a scientific manner for centuries—understanding ‘science‘ in the Aristotelian sense. Hugon’s multi-volume work uses this methodology, offering formal arguments with clearly identifiable premises and conclusions and formal objections with clearly identifiable distinctions, etc., covering practically all the parts of speculative philosophy. The manual is a true work of synthesis of seven centuries of Thomistic tradition.This translation thus puts into print and at the reach of English speakers an introduction to Thomistic philosophy that follows the scholastic scientific methodology faithfully, thus providing them with a solid means of learning the all-but-forgotten art of scholastic disputation. This Cosmology volume covers the first part of natural philosophy, considering the physical world from the point of view of its efficient, material, formal, and final causes.

ÉdouardHugon (1867-1929), Roman Catholic Priest, French Dominican, Thomistic philosopher and theologian trusted and held in high esteem by the Holy See, was a famed professor at the Angelicum College at the turn of the 20th Century, as well as a well-known author of philosophical and theological manuals in the school of traditional Scholastic Thomism. Among Hugon’s personal works, some of the best-known are: Cursusphilosophiaethomisticae(of which the present volume is part), Tractatusdogmatici, Hors de l’Église, point de salut, and Les XXIV theses thomistes. Yet perhaps his most notable contribution as a writer is his involvement with the ecclesiastical document known as „The 24 Thomistic Theses,“ which was issued by the Sacred Congregation of Studies under the authority of Pope St. Pius X in 1914, and which is the Catholic Church’s official pronouncement on what positions constitute ‘Thomism’. Of all his works, the present volume is the only one which has so far been translated into English.

Francisco J. Romero Carrasquillo, Ph.D. is associate professor of philosophy at Universidad Panamericana (Guadalajara, Mexico). His research focuses on medieval and scholastic philosophy, and pursues particular interests in St. Thomas Aquinas and the Thomistic tradition. He is author of several articles and reviews in different scholarly journals, such as American Catholic Philosophical Quarterly, ActaPhilosophica, Diánoia, and Tópicos. He is founder of the IteadThomam Translation Project, of which the present volume is the first publication to date.