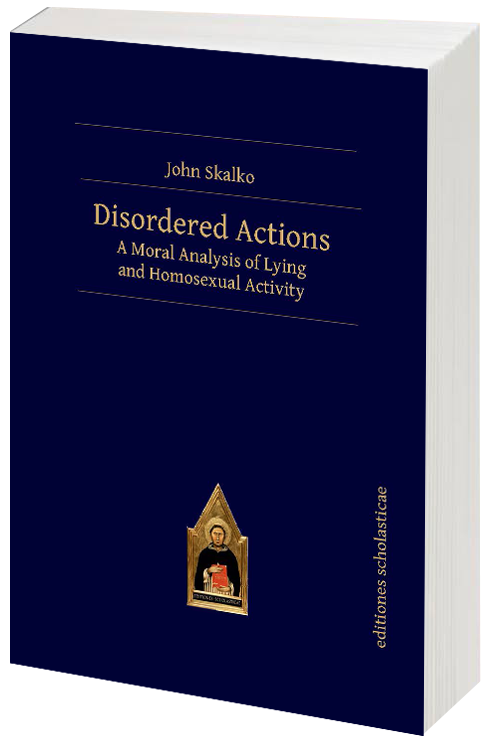 A Moral Analysis of Lying and Homosexual Activity

The first two decades of the twenty-first century witnessed a rapid change in Western societal acceptance of homosexual activity. This change, however, remains fundamentally unstable unless founded upon an adequate moral theory. Today many within the Western world assume that any argument against homosexual activity must be founded upon religious premises. This book questions that narrative; for the history of philosophical thought manifests a strong non-religious consensus against such practices. This book bridges the gap within current philosophical scholarship by painstakingly examining the non-religious argument as found within the great philosopher Thomas Aquinas. In the process the author advances a novel claim: the traditional account against homosexual activity also applies to untruthful assertive speech acts. Lying and homosexual activity are both wrong for mutually illuminating reasons.

John Skalko holds a PhD in Philosophy from the University of St. Thomas in Houston, TX with a specialization in ethics, philosophy of God, and Thomas Aquinas. As the author of numerous peer reviewed articles on the ethics of lying and homosexuality, his work has been presented at numerous philosophical conferences across the country.