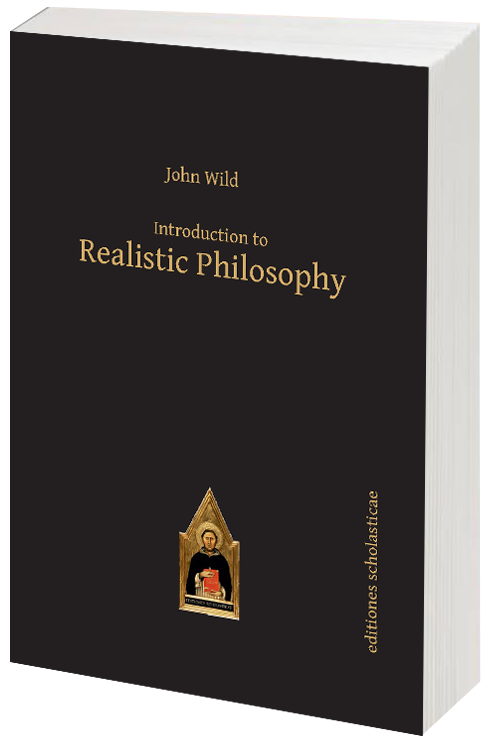 The present book is an attempt to provide students and general readers with an introduction to the basic concepts and principles of classic, realistic philosophy. Without some grasp of its basic principles, it is impossible to understand either the history of modern philosophy or the present nature of western culture. The method followed is critical and systematic rather than “historical”. In this book, the author tried to present the basic classical doctrines and arguments in simple language, and with modern illustrations, capable of being understood by the students of today. The doctrines have been drawn from the greatest thinkers of the realistic tradition, including Plato, Aristotle, Augustine, and Aquinas.

John Wild (1902 – 1972) taught for a year at the University of Michigan and then at Harvard from 1927 until 1961 when he left to assume the chairmanship of the philosophy department at Northwestern University, a leading center for phenomenology and existentialism in the United States. Wild moved to Yale in 1963 and, in 1969, to the University of Florida.