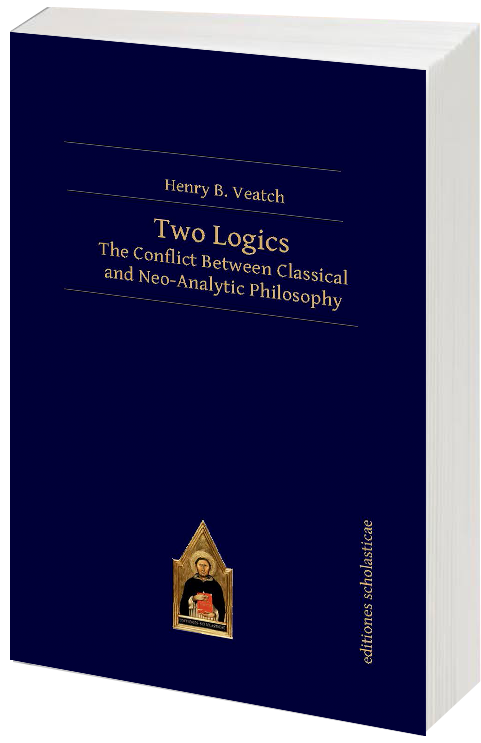 The Conflict Between Classical and Neo-Analytic Philosophy

Abstract
This book is a consideration of the differences between Aristotelian and symbolic logic (and the metaphysical assumptions they come packaged with) and the consequences these have for how we view the world. What Veatch propose is to try to exhibit with respect to several of the key logical tools and devices – propositions, inductive and deductive arguments, scientific and historical explanations, definitions, etc. – how these several instruments are differently conceived, both as to their natures and their functions, in each of these respective logics.

About the Author
Henry Veatch (1911 – 1999) obtained his Ph.D. from Harvard University in 1937 and spent his career at Indiana University (1937–1965), Northwestern University (1965–1973), and Georgetown University (1973–1983) where he was Philosophy Department Chair from 1973 to 1976. He also had visiting professorships at Colby College, Haverford College and St. Thomas University. He served as president of the Metaphysical Society of America in 1961. In 1970–71 he served as president of the Western Division of the American Philosophical Association. He published 15 books and many articles mainly in the fields of metaphysics and ethics.