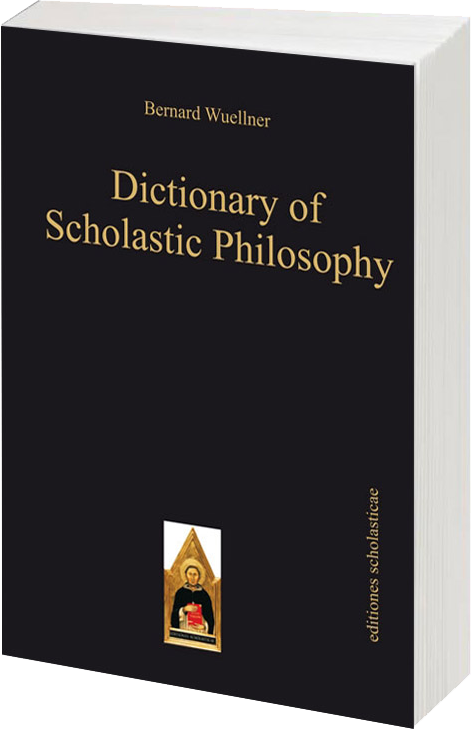 The scholastic philosopher is interested in definition for a different reason than the lexicographer and linguist. The philosopher is trying to learn things. Fe defines, after investigating reality, in an attempt to describe reality clearly and to sum up some aspect of his understanding of reality. Hence, we find our scholastic philosophers adopting as a main feature of their method this insistence on defining, on precise and detailed explanation of their definitions, and on proving that their definitions da correctly express what a nature or activity is. A dictionary of the language of scholastic philosophy fitted to the needs of beginners and of undergraduate students of the subject is not available in English.

Bernard Wuellner S.J. was chairman of the University of Detroit philosophy department from 1938 to 1943, when he came to Loyola University to teach, write and edit various publications. He was on the Loyola faculty from 1943 until 1952, and from 1959 until 1962. He has also held philosophy teaching positions at Carroll University in Cleveland and Xavier University in Cincinnati. Father Wuellner wrote six books dealing with philosophy and theology. Wuellner died in 1997.