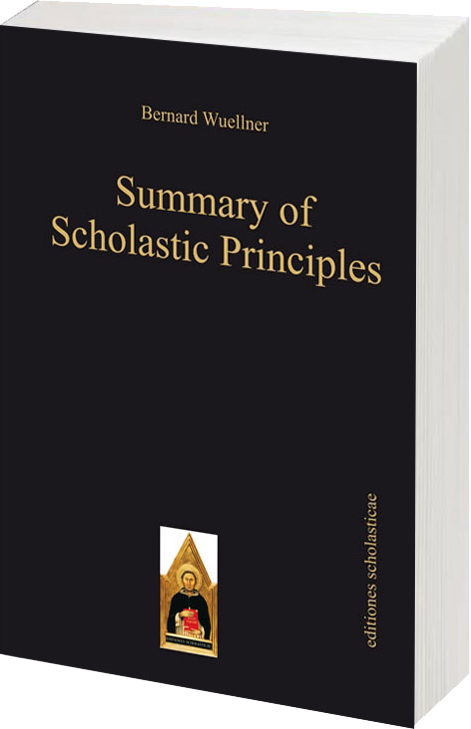 Principles may well be regarded as the main part of philosophy. They are among the major discoveries of philosophy, condensing in themselves much philosophical inquiry and insight. They are the starting point of much philosophical discussion. They are the base for exposition, for proof, and for criticism. They serve the student and the reader of philosophy much as legal maxims serve jurists and as proverbs serve the people. They are for scholastic philosophers the household truth of their tradition. This book includes not only all principles of scholastic philosophy but also exercises to apply the principles to several occasions. The book is useful for all students and professionals in philosophy.

Bernard Wuellner S.J. was chairman of the University of Detroit philosophy department from 1938 to 1943, when he came to Loyola University to teach, write and edit various publications. He was on the Loyola faculty from 1943 until 1952, and from 1959 until 1962. He has also held philosophy teaching positions at Carroll University in Cleveland and Xavier University in Cincinnati. Father Wuellner wrote six books dealing with philosophy and theology. Wuellner died in 1997.