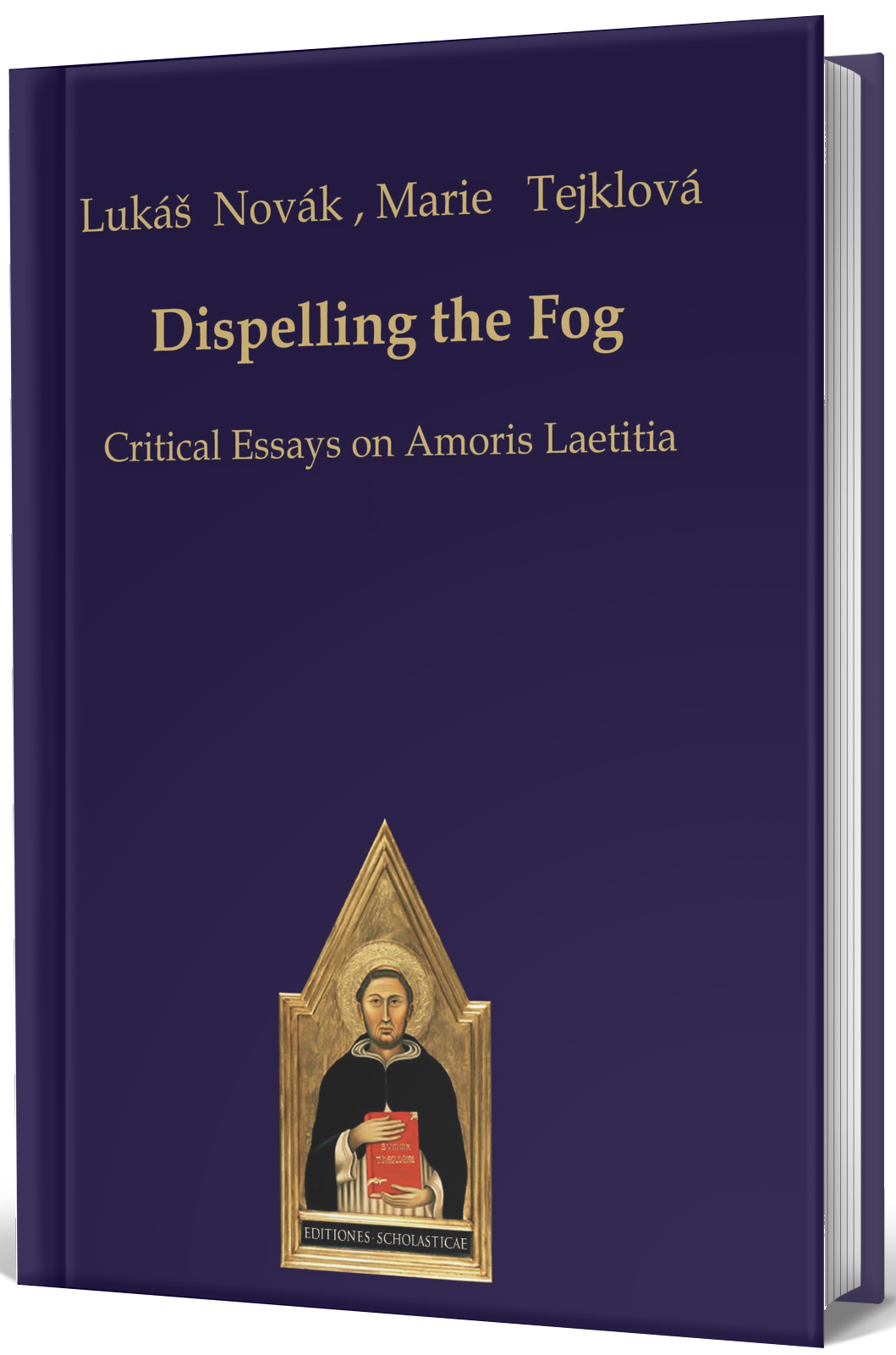 2021 was the fifth anniversary of Amoris Lætitia, and according to pope Francis, it should have been a year of reflection on the exhortation, an opportunity to focus more closely on the content of the document. In response to this appeal, Dispelling the Fog presents five essays analysing the issue of the so-called “divorced-remarried” and their access to the Eucharist in connection with the exhortation. Vojtěch Šimek focuses on the crucial Chapter 8 of Amoris Lætitia and its possible interpretations. Peter Dvořák examines and refutes the claim that the teaching of the exhortation is Thomistic. Lukáš Novák argues that even after Amoris Lætitia, there is no sustainable argument to vindicate the legitimacy of administering the Eucharist to the “remarried” who refuse to commit themselves to abstinence. Stanislav Přibyl interprets the ever increasing demand for unrestricted access to the Eucharist as a manifestation of a general tendency in the post-conciliar Church to abandon the Sacrament of Penance. Finally, Marie Tejklová criticizes the so-called Filial Correction for not adequately addressing the symptoms of modernism in Amoris Lætitia: given that modernism is based on skepticism, it cannot be countered by a mere appeal to the teaching of the Church but calls for a philosophical refutation. The book further includes a foreword by bishop Athanasius Schneider, an afterword by Professor Stanislav Sousedík and rich indices.

Lukáš Novák works as researcher at the Institute of Philosophy, Czech Academy of Sciences and teaches philosophy at the Department of Philosophy and Religious Studies, Faculty of Theology, University of South Bohemia in České Budějovice. He focuses on medieval and early modern scholasticism, especially Duns Scotus and early modern Scotism. He (co‑)authored/(co‑)edited several books in Czech and English and has been editor of Studia Neoaristotelica: A Journal of Analytical Scholasticism since its founding in 2004.

Marie Tejklová studied sociology and the English language at the Palacký University, Olomouc. She works as a translator. She contributes articles to the Czech revue Distance and has collaborated on two books with the Czech philosopher Jiří Fuchs.